Wish you were here

This photograph was taken ten days ago and  you may think that this looks like a typical photograph of the English Lake District in the north west of the country not far from where we live in Cheshire, but you would be very wrong. We are several thousand miles away and it is in fact 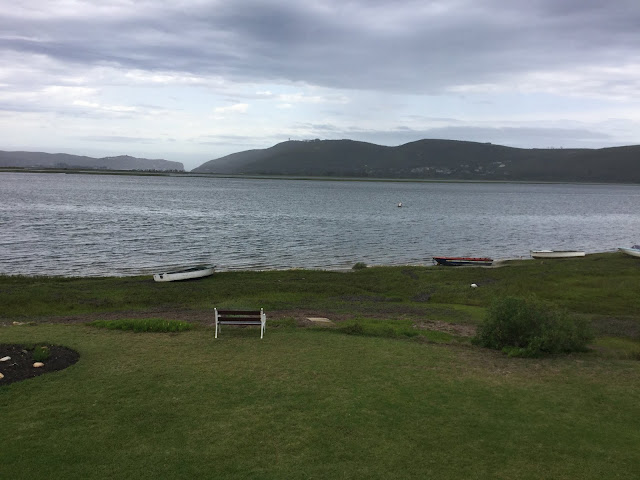 Knysna Lagoon on South Africa’s Garden Route, which we drove over six days of cloud and rain, at times torrential with the added bonus of wind and thunderstorms plus the odd power cut on our arrival at Knysna.

Now we are on our way home via the Seychelles, where yet again it is raining. 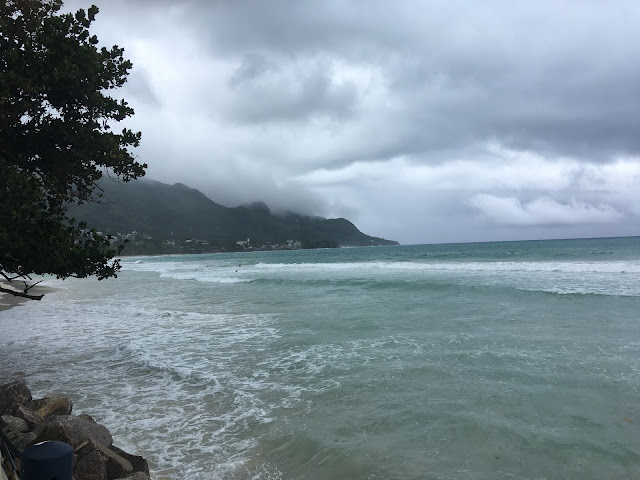 It will be good to get home.

Going out with a blockage

I am sure that for most people the end of 2019/beginning of 2020 went with a bang in the form of fireworks. Our new year was different and will be remembered for the blocked drains that husband struggled to clear.

Here the weather at the end of December was unusually mild for the time of year and we took advantage of it to finish off some of the Autumn gardening jobs that we had been unable to finish during the Autumn, because of the wet weather that was our lot. On the afternoon of December 30 as I headed to the back door, after a couple of hours in the garden, I noticed gubbins around the drain at the back of the kitchen. This usually means only one thing - that we have a blockage somewhere. Drains and blockages are not my department. So I pointed it out to my husband. The afternoon was turning cold and the light was beginning to go, but it needed to be investigated sooner rather than later. The  drain outside the kitchen was indeed blocked and the man hole cover in the patio was stuck and husband couldn't lift it. He needed some more muscle, which meant a phone call  to the local farmer. He was busy but might come later. Later did not happen. So next day - December 31/New Year's Eve he tried the farmer again first thing in the morning. This time he was at the cattle market but would send his son, which he did. The man hole cover was lifted to reveal a drain full almost to bursting.  The septic tank was also brimful. What were we to do?

The septic tank is half way down the garden and basically consists of three chambers and a pump. Clean water should be discharged from the third tank into a soak away in the middle of the lawn. This obviously had not been and was not happening. Probably because the water table has been so high for such a long period of time. Our garden has been water logged for the last three months. Every time that it has started to dry out a bit we have had yet more rain. We have lived at the cottage  for nearly sixteen years and this is the wettest that we have seen it. We tried having the pump permanently switched on instead of the usual short stints twice a day. That didn't do much and we were concerned that the pump's motor would burn out. By now it was early afternoon and husband decided to go round to see the farmer who was entertaining the previous owners of the cottage. Grrrh! I thought. He would come round later and he did, but  by then it was late afternoon and starting to get dark as well as cold. After some head scratching and fiddling with drain rods he offered to pump some of the water out of the drain, which helped and we hoped that the water level in the drain and septic tank would then drop. I don't suppose that the farmer had expected to spend late afternoon on New Year's Eve  pumping out a drain. We gave him a good bottle of wine for his trouble.

We had New Year's day off from drain watching, but by January 2 husband was back to check on the water level in the drain after I had noticed water standing on the patio. Disappointingly the water level in the drain had not dropped. Husband was convinced that there was a blockage just before the drain reaches the septic tank. Out came the drain rods again. They made no difference. Perhaps they weren't long enough. The following day husband went off to buy some longer drain rods. Still not long enough he thought. He would go and buy some more. No I said it is time to get the professionals in. By now it was day five and as I put it to husband, if you had be ill for five days and self medication had not helped you would have gone to the doctor. Husband phoned some local drain people to whom he paid a princely sum, for them to come out the next day - Saturday. A lad did come. He spent about ten minutes looking at things and announced that he couldn't do anything. The septic tank was so congested that it needed to be pumped out and he would arrange for a tanker to come in the afternoon to pump out the septic tank. Unsurprisingly no tanker arrived, which meant more phone calls. After a string of excuses husband eventually spoke to someone who pointed out that if we had the appropriate insurance, we could make a claim against it to resolve the matter. And guess what we did have insurance cover. By now it was around 6 pm. Nevertheless a call to the insurance company was needed. Yes, an engineer would come out on Monday. We thought to pump out the septic tank. However, he came in a van. Where was he going to pump the contents of the septic tank to? After a good look at the septic tank he found the fault. The pump isn't working and needs to be replaced. So the septic tank that should not need to be emptied, did not need to be emptied after all. And the pump, well that will get replaced when we return from holiday. Tomorrow we are off to tick some more destinations off our bucket list.