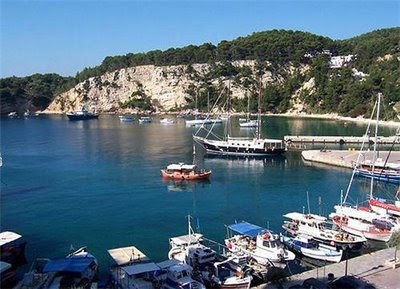 Although we only lived five miles apart, it is unlikely that we would have met, had we not chosen to go on the same holiday, as our social lives took us in different directions.
Posted by cheshire wife at 12:01 37 comments:

I hope that the title says it all. Recent computer problems and family issues that have demanded my attention are the cause.

About January time my husband bought himself a new lap top computer. He then installed Vista on his old laptop and handed it down to me. Right from the start the thing was difficult to use - slow, stiff, awkward and cranky. I was not sure whether it was the laptop or Vista that was the cause of the problem. Slowly it got worse until the point where it took me 45 minutes to navigate my way around one blog. Then it decided to switch itself off in the middle of the day. I could not blog, send e-mails or surf the Internet. We have become so dependent on computers that it is difficult to manage without one. My husband has now updated Vista to Windows 7 and the laptop is behaving itself.

When my mother went into the care home eight weeks ago now, the contract that I signed made it quite clear that the first six weeks of her residence would be a trial period. Yes, those six weeks were a trial and in some ways the trial continues. Not only has it been a trial for my mother, of which she is blissfully unaware, but it has also been a trial for me. Making sure that she has everything that the home requires her to have and most difficult of all sorting out her clothes. When I wrote in Eleventh hour booking that it was back to normality I had forgotten about the suitcase full of my mother's clothes that needed sorting out. All of the clothes needed to be machine washed then tumbled dried so that I could be sure that they would meet the home's requirements. Some of the clothes needed to be soaked before washing, to remove a variety of stains. Then the clothes needed to be named. The home had ordered some iron-on name tapes for my mother and had used them to name some of her clothes. One day whilst tidying her wardrobe at he home, I noticed that her round neck jumpers and cardigans had a strange square indent at the neckline. At first I could not work out why. Then I realised that it was the imprint of a hot iron used to iron on the name tapes. These clothes only needed a cool iron. I know that the clothes were not expensive and that my mother sees very few people but I was annoyed that clothes had been damaged before she had even worn them. I had taken the precaution of buying some sew-in name tapes for my mother as I realised that iron-on name tapes would not be suitable for all clothes. So it was back to sewing name tapes into her clothes. I did allow the home to name some of the clothes that I considered could not be damaged by a hot iron. Anyway, the six week deadline came and went with no comment from the home but an appointment had been made for a review meeting, regarding my mother, on June 15. It was a bit like a parents' evening in reverse. The home are pleased with the way that Mum has settled, which is a relief, although I would not say that she is totally settled. I think that that will take a few more weeks. I am pleased with the way that the home have handled Mum, as they too were on trial and if at the end of the six weeks they had asked me to remove her I would have seen it as a failing on their part that they could not manage her. If my mother did not settle in this home I could not see her settling anywhere.

Whilst computer problems and care home trials are going on life itself goes on or doesn't. Unfortunately my mother's sister died about three weeks ago now. She was quite a bit younger than my mother who was sixteen when she was born. My aunt was sixteen when I was born and she has been more like a sister, than an aunt, to me and I shall miss her. She was the only one that I could turn to, apart from my husband, earlier this year when my brother was being so difficult. The help and advice that she gave me in the search for a care home for my mother were invaluable. So ten days ago my husband and I returned to my East Yorkshire roots for my aunt's funeral. Then I had the unenviable task of telling my mother that her sister had died. She appeared to take it very well but in fact it did not sunk in and I still do not think that it has.

It would be nice to be able to get my head above the parapet and keep it there, with life on an even keel. However, I think, I might just find that a bit dull.
Posted by cheshire wife at 17:13 31 comments:

The return of Cheshire Wife. 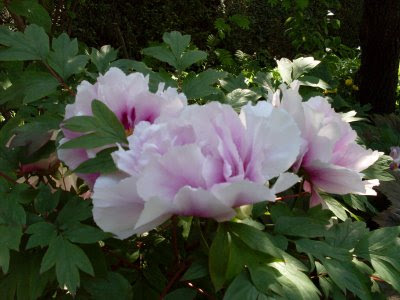 Jobs that could not be put off and problems of one sort or another have got in the way recently, meaning that I have not had the time for my blog, but I do intend to return to writing it, when I have got on top of things. In the mean time I am going to try to catch up with my visiting to find out what you have all been up to. For now I shall leave you with this photograph, that I took at Great Dixter, of a stunning paeony.
Posted by cheshire wife at 18:40 28 comments: