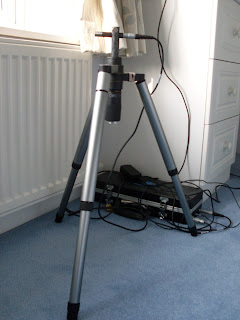 I do sympathise. Both for you..and the poor bloody dog.
Fingers crossed for some action and yes...don't let go of the bone.

Oh my, I know some of these people myself. Hope the problem is corralled and solved soon.
Happy New Year.

What an awful start to the year, you shouldn't have to put up with that and I really hope things improve very soon. Neighbours, when they are bad they are really bad.

My sympathy goes out to the dog. What a terrible life it must have and barking is the only way the poor thing can protest & ask for help. Have you tried the RSPCA because this animal needs to be rescued and the neighbours shouldn't have an animal if they have to leave it like that. What is the point to having one if they are never there?
Obviously I sympathise with you too but really the greatest problem is for the poor dog.

I have tried to comment on this post for some time now but something seems to be going wrong.

Have you tried contacting the RSPCA? They might be able to help visa the fact the dog is left alone for so long.

MM & Gilly - we have tried the RSPCA who are not interested as long as the dog is fed once a day which this one is.

Hang on in there ... no doubt your neighbours are just sitting tight, waiting for you to give up!

As long as the dog is fed once a day, it isn't being mistreated? Hello — is nobody thinking out there?

Dogs are "companion" animals, and they would usually like some companionship. The lack of which sends neighbour dog into a barking frenzy.

Some people shouldn't be allowed to have animals.

BTW, how is the "retirement" going?

How frustrating! Makes me wonder if the RSPCA could be called in- the dog is obviously distressed being left alone if it barks for that long. Hope it gets settled this time!

Rob - I totally agree with you.

Retirement could be better. In the last month we have had my mother's funeral, Christmas, New Year and now I have a cold, which I put down to acute lack of sleep. At least I do not need to go to work with it!

How can people be so cruel and thoughtless. What did the poor dog ever do to them. I can't abide cruelty it makes me want to do nasty things to the perps.

Fire Byrd - what I would like to do to the neighbours isn't printable.

Low level quality of life issues are often ignored much to the detriment of all involved...you certainly have showed restraint.

Thud - this is only part of the story.

I'll be very interested to know how this is resolved because my son has the same problem.
x

Have you considered taking this to the United Nations?