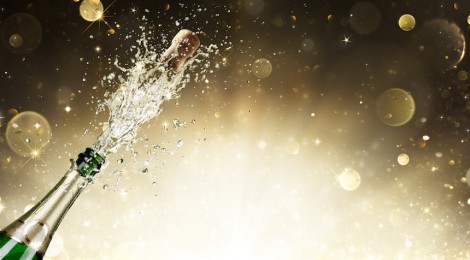 Earlier this year when I wrote about the state of affairs in our lane I did not expect to be writing this post only a few months later. Well that bottle of champagne that had been on ice for some time, waiting for the house at the top end of the lane to sell, was joyfully drunk about a month ago.

When a sale of the house fell through in the Spring we heard with dismay that the owners, who I had named Del Boy and the WAG, had taken the house off the market and decided to stay. We thought that they would never move and we were going to be stuck with them forever. They were truly the neighbours from hell. Amazingly, they somehow had managed to sell a house that was not for sale, when for eight years they could not sell a house that was for sale. Almost unbelievable, but true. There were always a lot of comings and goings next door, so we would never have picked up that there was a potential buyer around. The first that we had any inkling that a sale might be imminent was in the middle of September. We had been away for ten days and returned home on a Friday afternoon. The next day there was a self drive hire van in their drive. Over the course of the weekend they appeared to be moving out some of their furniture and belongings. We needed to know what was going on. So husband hot footed down to the neighbours at the end of the lane, who had kept an eye on our cottage while we were away, with a little present for their good deed. Coincidentally they happen to  be the only neighbours that Del Boy and the WAG spoke to. To our surprise Del Boy had told them that they were close to selling. What good news to return home to. So we started to watch with eager anticipation they comings and goings next door. After the weekend's activity nothing much happened  during the next few days and following weekend, but they were still living there. Then, it is hard to fathom I know, they went away on holiday for a week. On their return there was a lot of frantic activity, culminating in them finally moving out on the Thursday and the new owner moving in the following day, which was the first Friday in October. At last Del Boy, the WAG and their barking dog had gone. I can not say how pleased we are to have seen the back of them.

At the end of May the new owners moved into the first house in the lane, which had stood empty for seven months while they sorted out some problems with the house, had decorators in etc. By this time the grass, which had not been cut since the previous Autumn, was about two feet high. And it took our new neighbour a considerable amount of time to get it under control.

Now the lane is fully occupied and we start the next phase of its' life. So far the new neigbours are fine, quiet and law abiding, with no barking dogs or loud music. In some ways life is quieter and less colourful than it was when Del Boy and the WAG lived next door. Without intending to, they certainly entertained us and life with them next door was quite an eye opener.

I would like it if, in their future home, they lived in the kennel and the dog in the house....

So pleased for you...no wonder the champagne came out!

Glad you have more peace and that everyone will get on fine in the lane!
Maggie x

Sometimes it's nice to have peace and quiet, but sometimes I miss the comings and goings of my former neighbourhood. I really miss peeking out behind the curtains and watching the cars stop at the drug dealer chap who lived in the basement opposite.
Lets hope your new neighbours behave themselves.

Wonderful when people who have bugged you for ages finally go!