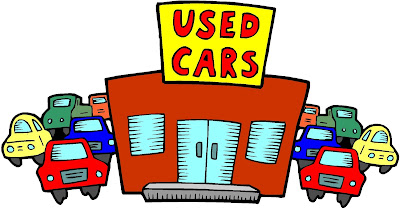 What I have ended up with is a silver grey top of the range car with a lot of extras, which I would never have specified and shall probably never use, but at £10 more than the low specification middle of the range alternative it seemed to be a bargain buy. It has cost more to tax and insure, but it is fun to drive even if I do not need the extra power. More importantly a silver grey car is a more practical colour than white silver for someone who lives up a muddy lane. And those heated seats will come in useful in the winter won't they?
Posted by cheshire wife at 21:45

Glad you got the car you wanted. Sounds good.

its amazing how we can suffer repetitive strain injury when doing things over and over. I know I have to be careful of everything I do as even knitting too much can cause neck and facial pain.

Amazing how we can limit ourselves by not doing the supermarket shop!
It sounds as if you are going to enjoy that car.

Heated seats! wow! I have never had those in a car!

Heated seats are the world's best invention. Take it from me.... I live in cold Canada!

That's good .. you found what you wanted..