After three nights in Singapore it was time to move on with another over night flight to Melbourne in Australia, where we arrived at our hotel mid morning and thankfully were given immediate access to our room. After unpacking and an early lunch we went for a ride on the free tram, which runs from near Flinders Street railway station. Both husband and I struggled to keep our eyes open while on the tram. That evening we had an early night. 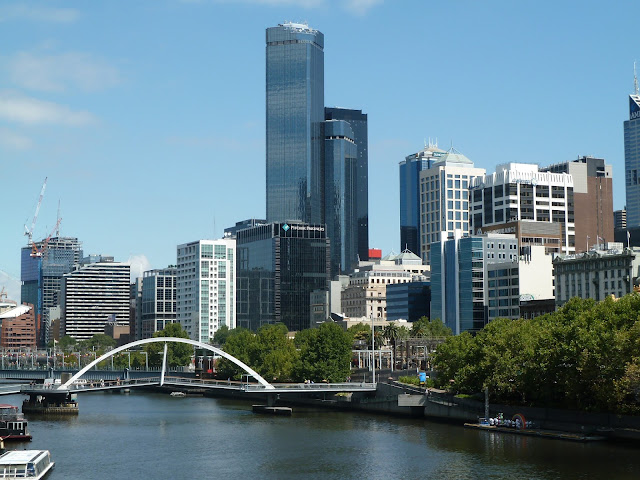 The following morning we did a hop on hop off bus tour of Melbourne and in the afternoon we went on a boat trip up the Yarra River. The next day we had a walk around the Botanic Garden, which was similar to an English garden albeit with some more exotic plants than would happily grow here in the UK. 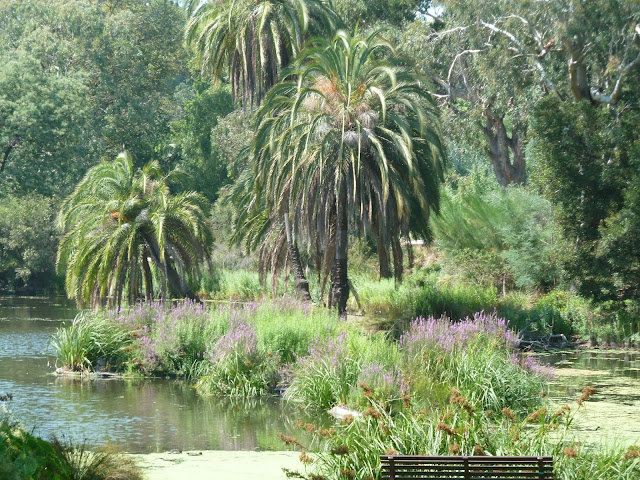 Our three nights in Melbourne were soon over and we were onto our next destination of Sydney. While there we did another hop on hop off bus tour. We should have shares in them. They are a good way of getting around and seeing a lot in a short space of time. With hindsight we probably would have been better going on the route out to Bondi Beach, but we chose the city tour, hoping off at Darling Harbour, which is to the west of the  harbour bridge, to have lunch. Then getting back on early afternoon to finish the circuit. 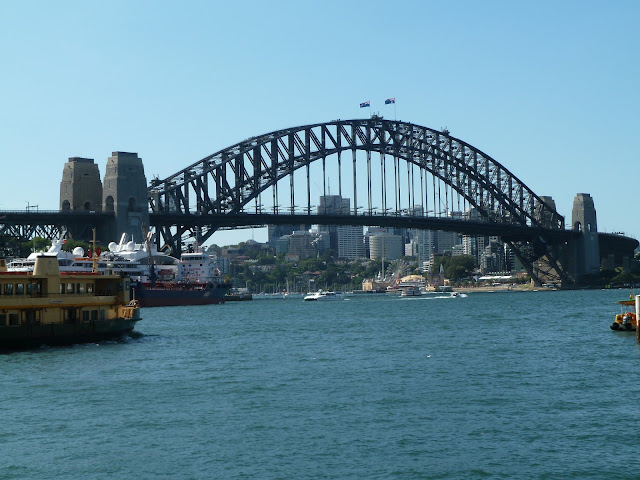 Later we went for a walk around the Botanic Garden which was rather parched, with nothing much worth photographing apart from the rose garden, which was hosting a wedding and was cordoned off. It was St Valentine's Day and it was hot. The bride in a long white dress and veil and her groom in a DJ must have been ready to wilt. 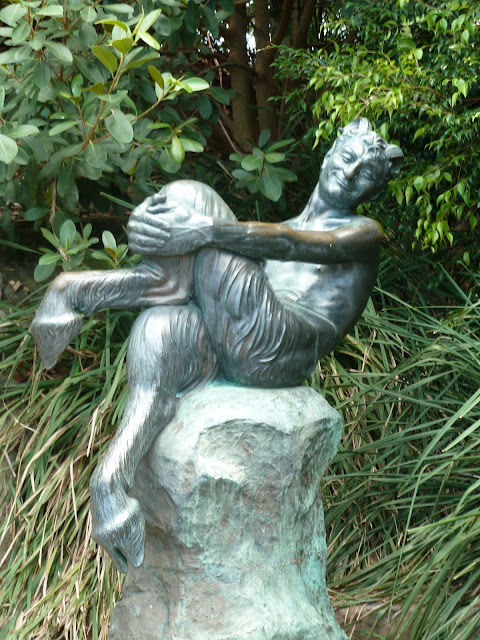 What I did photograph was this statue by the gate where we entered the garden. It is known as the 'Satyr' and there is a sad tale to his existence. He was modelled on the sculptor's younger brother and a goat. The younger brother jumped or was pushed from a ferry in Sydney harbour and drowned. Years later the widow of the sculptor paid to have the Satyr placed where he now sits, looking out onto the spot where the younger brother drowned.

With one day remaining in Sydney we took a boat trip around Sydney harbour, which was a lot bigger than I had expected it to be. We stopped off at Watson's Bay for lunch. Then completed the trip around the harbour and made the most of the photo opportunity. 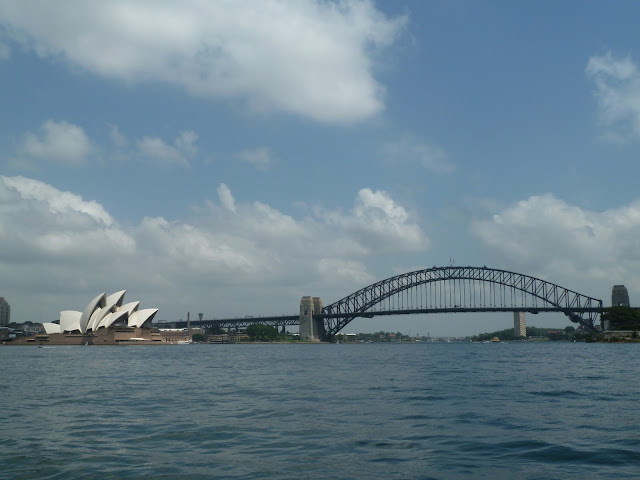 You're really lucky to have visited such lovely places. The photos are really good.
Maggie x

Thank you Maggie. My camera is fairly basic. Some of these places are just so photogenic and the light is also good.