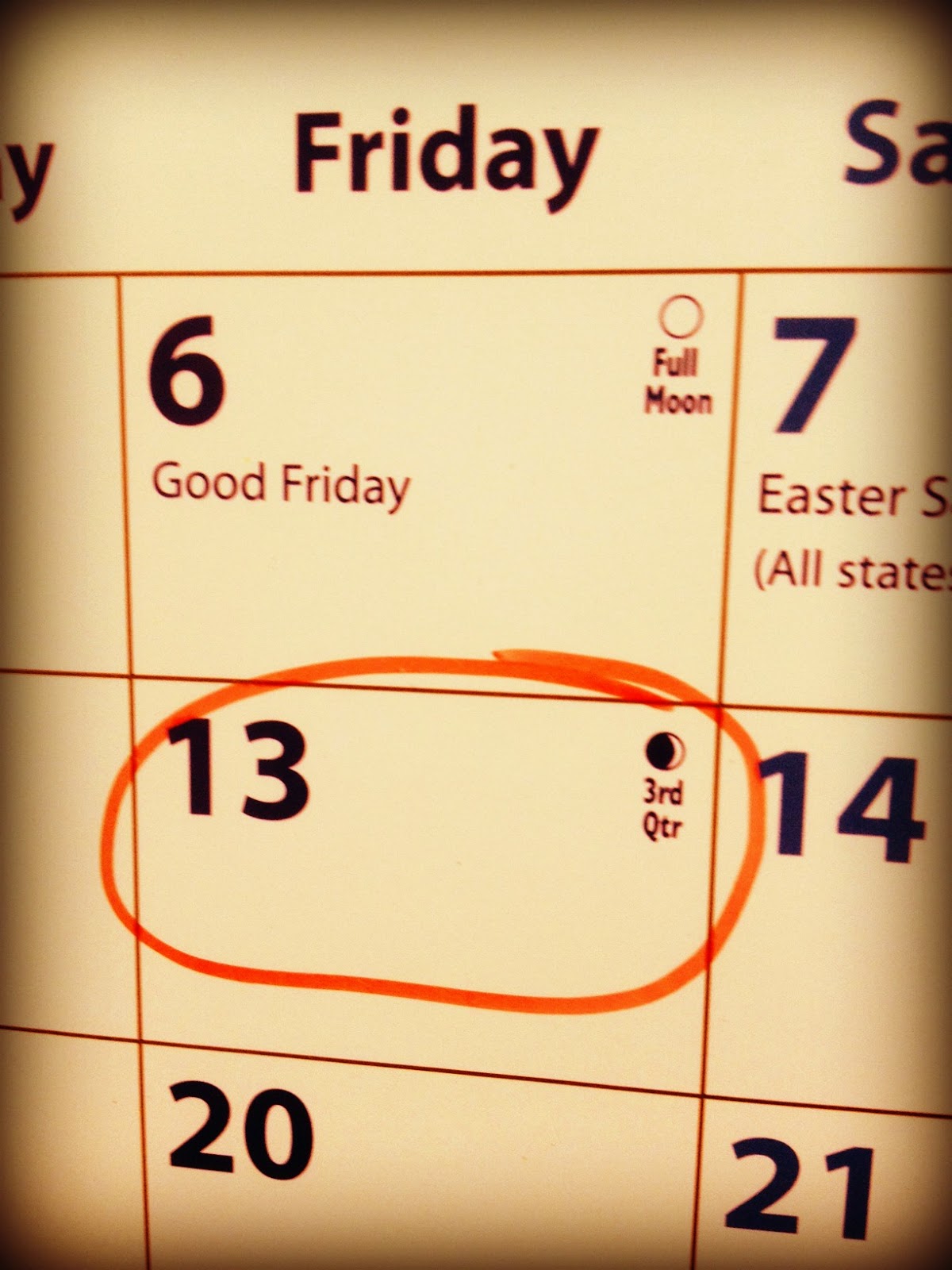 Thursday 12 was a write off of a day. I spent he morning clearing up the aftermath of the night's events and booking the carpet cleaning wizard who lives in the next village, to come and remove the blood from the carpet for me. In the past he has successfully removed red wine from our off white, living room carpet. In the afternoon I pottered around the cottage. My plans for the day in tatters. It seems that for me, at least, Friday 13 came a day early and the worrying thing is that it could all happen again next month. Then a few days later we have the Ides of March.
Posted by cheshire wife at 21:07

What a shock! Hope the nose is beginning to get back to normal.
I'm not good with blood and like your husband am likely to faint. It's strange really as I can dissect all manner of body parts!

oh dear me, I hope you're feeling a bit better. Did you end up with black eyes as well?

No, I'm not superstitious. I think it was all a horrid coincidence. Hope your nose is healing up and that the carpet can be cleaned up ok.
How about moving that chest of drawers so that it won't happen again?
The Ides of March was only dangerous for Julius Caesar! i'm sure you'll be OK!
As a precaution, Mow about spending the 15th March in bed, avoiding the chest of drawers, just in case!
Maggie x

Gaynor - nose slowly getting back to normal. It is strange. Blood does not bother me but I never liked dissecting.

Maggie - carpet has been cleaned. Chest cannot be moved. Accident was my own fault for being lazy and careless. Will be moved careful in future!