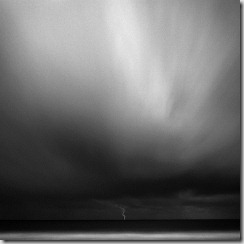 Sunday morning found us back at dealer B for the test drive. This time I got to sit in the passenger seat.  Again the car drove well but we both had reservations about it. We told the salesman that we would think about it and went off to have another look at dealer C. A chat with the manager, there, gave husband some more to think about. The car that he test drove was becoming more and more attractive. In fact it has become a case of once driven forever smitten, but it is not a vauxhall. Today he paid the deposit on it. Never mind that it is grey. Well actually it is silver.
Posted by cheshire wife at 21:45

OH, the perils of car-buying. My deepest condolences.

When we went looking for a new-to-us car a couple of years ago, we found a very acceptable one. Coloured Grey. Sigh. I feel your pain.

We found the same. The strange thing is that grey is the most dangerous colour for cars because it does not stand out against the road.

I would simply love to have a brightly coloured car. I don't understand why we only get offered shades of grey.

Rob - it is a nice looking car and husband is happy.

Jenny - I remember reading that grey and silver cars were the most difficult colour to see.

I know. I sit at stoplights and all the cars around me are white, black, grey, silver and an occasional blue. When did we become so boring?

We did find a black Audi in France...but it wasn't automatic and the automatic was coloured....grey.

Here we looked for just the right car...again automatic... and ended up with a Ssanyong Rexton....there was a choice of white or grey....we chose white.

Filthy dirty in the rainy season, and in the dry season the layers of dust from the gravel roads turn it.....grey.

Midlife Jobhunter - I think that it has gradually crept us on us.

I chuckled to myself while reading this post, hope you enjoy the 'new' car.

Akelamalu - I quite like grey, but it would be nice to have some choice.

LindyLouMac - I am sure that we will enjoy it. Husband collects it tomorrow.

Strange that they were all doing such a roaring trade, considering the recession. ;) Maybe these customers were people who would previously have been buying new.
Most of the cars I have had over the years have been red

How often do you ever find a car that is exactly what you want! We have owned two orange cars, a blue one, a red one and a maroon that I can think of off the top of my head, but yes we are now back to silver as well. It must be the in thing!! Hope the car does you well. Diane

I'm glad I don't have to ever make these sort of decisions, I don't own one of any colour, preferring instead to use my trusty feet and public transport to get wherever I need to go.

Jennyta - I suspect that like us they were test driving and not buying.

Food,Fun & Life - you have to buy new to get exactly what you want.

Technogran - we are a mile from the nearest bus stop with no pavements or street lights. So a car is essential.

Congrats on your purchase. Just think of it as Desaturated Blue, ;)

In our family of four people we have a grey two silver and a black.

Mixed together I suppose you could say ours are the equivalent of ... GREY!!

Hilary - quite appropriate as most days the sky is desaturated blue, otherwise known as grey.

Gaynor -it is a matter of what is available.

I think colours seem to go round in different years. Obviously this year must be *The year of the grey*.
In the past we had white, red, bronze and black. However, we now have had to sell the car as Harry isn't allowed to drive with his health problems.

I think silver is better than grey!!!!!
Hope you get on well with it.
Maggie X

Maggie May - well the name is silver but actually the colour is grey.