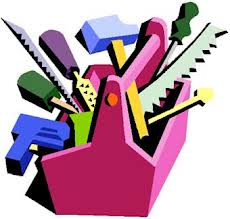 Nothing last for ever and as things get older repairs are required. Some problems sort themselves out and go away, while others just seem to take ages to get sorted out. Recently we have had a spate of jobs which were beyond husband’s DIY skills.
This saga started in December of last year when we realised that the cloakroom radiator was not heating up. Husband phoned the plumber that we have used most recently who told him that he was busy - everybody wants jobs done in time for Christmas.  So it was  left it until January. Now he had flu and would phone when he was better. ‘Manflu’ lasts an awful long time as months later he still appears to be ill! By now we also had a radiator that would not switch off and the overflow was regularly overflowing. We clearly were not going to hear from plumber no.1 which meant trying plumber no.2 who took about a week to come to look at the job then about another week to produce an estimate which involved draining down our system and replacing a tank in the loft. It was March by now, still Winter and too cold in my book for draining a central heating system which would result in no heating. We  also did not think that it was necessary to replace the tank in the loft  and  thought that his estimate was rather high. So we decided to live with things as they were and the overflow has stopped overflowing.
Over the Easter bank holiday we did a stint of decorating which resulted in a leaking radiator after husband had removed it to get at the old wallpaper behind it and had not quite managed to tighten it up as much as it needed. Plumbing is not his strong suit. After attempting to fix a leak at my house before we were married I ended up with water running down the living room wall. And still I married him! At around the same time our waste disposal stopped working and the outside tap started to drip. We started our quest for plumber no.3. this time we tried a chap recommended by one of husband’s squash playing friends who actually came round to have a look at shopping list of jobs on the same day that I had phoned him. Sadly that was where the enthusiasm ended. Two unanswered phone calls later we were looking for plumber no.4.
In the mean time the thermostat in the main had ‘gone’ an had to be replaced. As had the washing machine pump. We are also having problems with windows that will not open and box guttering in the conservatory that leaks.
Anyway back to the plumbing problems. Plumber no.4 was recommended to me by the flower arranging teacher who said that he was a friend and expensive. At this point we were getting desperate and beggars can not be choosers. He came and produced an estimate which was on the high side but probably was no more expensive than plumber no.2. We asked him to do the work which he did ten days ago. He was quiet, clean and tidy and I hardly knew that he had been, but  I noticed, a few days after he had been, that the central heating was coming on when the system is programmed for hot water only. I phoned him about this and his reaction was that it was not possible. However, he did come to look at things this morning and now we need a new valve in the airing cupboard.
Posted by cheshire wife at 12:48

Hello:
Oh dear, this really does make for somewhat depressing reading. Let us hope that plumber 4 will return and fix the valve. But what of everything else?

We returned from Venice to find a complete set of wall shelves had collapsed under the weight of books. The carpenter, and his sister(!!), have been to look but no sign of the work actually being done!

I gave up on the artisan francais for plumbing....it was always worse after the visit than it was before as they insist in brazing everything and can't do it properly.
we were lucky to have a 'black' plumber, Andre, long retired, who understood our old fashioned system and kept it in tip top order.

Here the first option is to install plastic...

Fingers crossed for you.

This sounds very familiar.... We have also just had a whole lot of quotes from plumbers, some who could do straight away and some who could not. Having decided on one he then ran away! We ended up back with plumber no 2 who has now done a fantastic job, quickly and quietly. He just has to return to put on the three new radiators in the new rooms upstairs when the plastering is finished. All the pipes are in.
Have a good day Diane

Oh my, thank goodness for a husband that is good at DIY plus friends and family that help us as well if needed.

Jane and Lance - slow progress with everything else.

fly - the old plumbers are often the best.

LindyLouMac - thankfully, it is just plumbing that husband is not so hot on.

It seems that good trades are in terribly short supply everywhere. So much for the "everybody should go to university" bit.

Hope the work gets finished and finished well!

It's been like this all my life - impossible to get reliable and good tradesmen. Not enough are being trained, standards aren't high enough. They can do it in Germany - why not here? Oh it makes me so mad.
I am sorry you have had such problems and hope that they're all sorted out soon. I'm getting more and more into having new things as I get older :)

I do sympathise CW. We are lucky enough to know of a local reliable man whenever we have any such problems but that is obviously no use to you. Let me know if you decide to move to Somerset! A x

When things go wrong in the house ....... it usually happens in threes and fours and can end up expensive. Little things that we used to put right ourselves in no time at all turn into major problems these days.
Maggie X

Rob - I do not expect that the prime minister ever has to call a plumber. A lackey does it for him.

Jenny - I think that we have got off lightly with very little going wrong for the last few years.

SJA - plumbers seem to be our biggest nightmare. We seem to be OK with other tradesmen.

Maggie - part of the problem with this cottage is its age. It is over 100 years old.

“Nothing last forever and as things get older repairs are required.” – This statement is true when it comes to your plumbing and heating system. Old pipes and tanks tend to deteriorate more quickly as time goes by, especially in old structures. I’m a bit surprised that you managed to go through the Holidays with a partially working heating radiator and some leaks. But these things can cause you and your home more damage if ignored. Good thing you decided to deal with these right away. I hope your plumbing woes would be over soon!