This week it is eight years since we moved from Surrey up to Cheshire. In general those eight years seem to have gone remarkably quickly. There have been times, particularly when we were waiting for the building work on the cottage to start, that it felt as if the hands on the clock were going backwards. It took about four to five years for me to think of Cheshire as home and I think that was more to do with eventually feeling that the cottage belonged to us, when we broke the back of the decorating, as it was to seeing Cheshire as familiar. There are still times when I feel as if I am living in a foreign country. Only last week a shop assistant said something to me as she handed back my credit card. I did not understand a word of what she said. When we first moved here we rented a house while we looked for a house to buy. It took us five and a half months of looking to find the cottage and another two and a half months to actually buy it, which meant that it was the end of April 2004 when we moved to the cottage.

Back in April after yet another sleepless Saturday night, courtesy of the neighbour's barking dog, we were seriously considering moving house. I know that you will be thinking they must be mad. They haven't finished the cottage that they are currently living in. But the brain plays tricks on you when you are wide awake at 3am in the morning. We had seen for sale, in the village, a house which interested us. At present we live on the outskirts of the village. Even though there is nothing more than a post box and a phone box in the centre of the village I have hankered after living in the village, ever since we moved here. The post office and a little shop went a long time ago. At the time that we moved here the cottage that we bought was the only suitable property available. It is not very often that a  house in the village is for sale. Most of the houses are too big for us and in all the seven years that we have lived here, this is the first house that ticked the right boxes for us. It wasn't perfect. It needed work doing to it. Neither of us really wanted a return to living in a building site but what is the price of a good night's sleep?

There followed a week of frantic activity to get the cottage tidy and presentable for estate agents to value it. I would not describe the inside of the cottage as untidy, but it was amazing the amount of clutter that there was around the place. What did not have a home and could not be thrown away ended up in the spare bedroom which is the only room that has not been decorated. Things were stuffed into drawers and cupboards and afterwards I did not know where I had put them! The dust sheets that had protected the conservatory furniture were bundled into a bin bag which I hid in the garage. Luckily I remembered that hiding place and they did not end up going out with the rubbish.

Two estate agents came to value the cottage. If we were to sell, which we aren't, neither would have the privilege of  selling it for us. The first came early before I was ready, fortunately husband was able to let him in. The second was late. Neither apologised. Uncannily they both valued the cottage at the same disappointing figure. Considerably less than the larger house next door which is currently for sale. This is the very same house that I recently wrote about being two council tax bands below our cottage. It has the same number of rooms as our cottage, although it is larger. More space means higher bills. The next door house also has a bigger garden. Our garden is big enough for us. We do not want to have to spend all day cutting the lawn. Whoever buys it will be paying a high price for the extra space. Both agents said that the next door house was over priced. 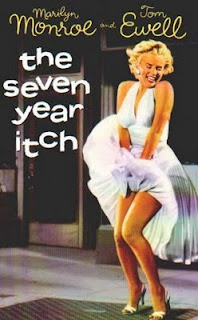 For now we are staying put and finishing off the cottage. So I can only guess what it would be like to live in  the village. Quieter no doubt, but probably less colourful and maybe less eventful. For the moment it is not to be and just to reinforce our decision not to move, the house that we were interested in was taken off the market before we got the chance to look at it. Our seven year itch lasted all of a week
Posted by cheshire wife at 22:55

I always think that if you are at all unsure about a thing, then the best thing is to do nothing.
It is so upsetting when the house you had an eye on is taken off the market.

My son is going through the stress of trying to sell too. Fingers crossed that his dream home will still be there when he gets a buyer for his!
Maggie X

Sometimes as you say the itch gets most intense before the dawn, to use an appalling mixed metaphor. We've lived in the same house since 1980 and now I dread the thought of moving but presumably one day we will, if we don't die first.

Maybe after seven years your time to settle down is nigh. Good luck with it.

We're currently looking at a house in the capital....so we can enjoy all the cultural life there without having to come home every evening...but the sellers have a complicated inheritance problem...and also - just as in rural France - think a foreigner is for fleecing.
The agent is for us...he's exasperated...so we'll see how it goes.

I had to smile at the language problem ... the Cheshire dialect would be okay for me having married a Northerner. Sorry you had all that turmoil for nothing.

We came to Italy in 2004 the same time you moved to Cheshire! We are on our second home here already but then it is part of our adventure to renovate and move on. I am sure something else will come up if the time is right for you to have a new adventure.

Lovely to see you around. Especially thoughtful of you to drop by at give me comfort.

Seven year itch ah?
I do know that feeling!
I do hope you find peace in whatever decision you reach.

MM - fingers crossed for your son. Moving house is a real ordeal.

Elisabeth - the itch is over. We are staying.

Fly - good luck with your purchase.

Valerie - I am a northerner from the other side but that does not help with a Scouse or a Welsh accent.

LLM - this is the second house that we have renovated. I really do not think that I want to do a third.

Rosaria - Good to see you. I am sure that we have made the right decision.

We have lived in this house since 1979 and thankfully have never had the urge to move - I don't think I could stand the stress.

I had to laugh at the language thing. The Cheshire dialect is refined compared to some.:)

We will have to consider downsizing some day soon, but |I really don't want to! Where would we put all our stuff???

I don't feel itchy at all, but if you really want to move, then I hope your dream house in the village will come up sgain at a much reduced price!!

I'm STILL wondering which Cheshire village you're in but I have a few ideas!

Gilly - at the moment this is our dream home.

Jan - you will have to keep wondering!

This cottage is meant for you two,
the universe is determined.

Yes, as Maggie May says if in doubt, do nothing (for the time being at least). We have been in our flat for nearly 2 years now and although I sometimes miss our garden I still do not regret the move here, even at 3 in the morning! Maybe in 5 years' time!!

I have to agree with Maggie May's advice. When in doubt.. stay as you are. When the right time and place happens, you' surely know it.

Sometimes those itches just go away. Good way to evaluate all you have, though. I'm cleaning out closets as I so hope to get new carpeting some day. Scary what I'm finding. Good way to get rid of all this stuff before we downsize. Or so I keep telling myself.

I hope I can keep the itch at bay for a good while as I'd like to see some of the numerous fruit trees I've planted ome heavy with fruit.

It's funny how 7 years seems to be a magic number when people get itchy feet and wanting to move.

Is the market still down in Britain for selling a house?

cialis online.
I wonder how you got so good. This is really a fascinating blog, lots of stuff that I can get into. One thing I just want to say is that your Blog is so perfect!
Very great articles