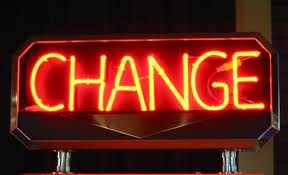 Since I finished covering the maternity leave, about a month ago, I have struggled to get into any sort of routine, which is not surprising really, as during July every week was different. So far my plans to do a late Spring clean of the cottage and to clear the garden of weeds are barely more than plans.

The first week husband worked at home on the Monday driving to Halifax on Tuesday, instead of Monday as is usual. This was because we went to see Neil Diamond in Manchester on Monday evening. That week I worked on Wednesday, which is supposedly my regular day until the end of August. Week two I was back to working two days as I covered for a colleague's holiday and I finished the week on Friday with two hours in the dentist's chair. (More about that in the next post). The next week I had off (well just a day really) to get over the dentist and boy did I need it! The following week I had swopped my day and worked on Tuesday, as I was going out to a meeting on the Wednesday, which if I had worked allowed me just 30 minutes between arriving home and going out again. It's a rush that I could do without. So with four weeks down and five more to go I shall be working each Wednesday in August which has no meetings because of the holiday season. We do, however, have MIL, SIL and husband visiting at August Bank Holiday. I am hoping that the run up to their visit will be smoother than it was last year.

There seems to be an almighty amount of catching up to do in the cottage and garden. Over the last twelve months life seems to have been lived at high speed in the fast lane with seven days being crammed into five, as on the two days that I have worked absolutely nothing else has got done. I wonder how I managed in days gone by, when I worked full time. I know that I was younger but to be honest the job was not so frantic. It was 9-5 not 9-6 as it is now, which makes a lot of difference. It was no where near as busy and people were less demanding.

This work stint finishes on August 31, as does husband's current contract. Then we have a few days at home before we go off to Brittany for a break. When we return husband has some jobs to do before we venture into the unknown. Husband who is not a very good patient is having his cataracts done. On eye one week then the other eye the following week. Once his eyes have recovered he will need completely different glasses.
Posted by cheshire wife at 22:30

Oh, dear. This all sounds so terribly frenetic, even a touch frantic; a bit of an overgrown garden, so to speak.
I do hope that you will have a good, relaxing time in Brittany. Before you're back in the fray once again.

I know what you mean about wondering how you used to fit in full time working and everything else as well. Murphy's Law (I think) - which roughly says, 'Work expands to fit the time allotted to it.' ;)
Hope husband's ops. go well.

I feel exhausted reading your post. I couldn't face working long hours now. A break in Brittany will do you the world of good.

Phew! Where does the time go eh? We too are in France - first week in September! Bring it on I say!

You are really gonna need that break in Brittany! :0

What you said about wondering how you ever managed it all when working full time resonated with me.
I was mulling it over and came to the conclusion that it was because it was a routine....I find now that Mr. Fly is feeling a little better and wanting to do things our days are unpredictable...which can put me in a bit of a spin about food...laundry having to be done and dried in the morning before the rain starts...feeding the animals...

I never realised how much I was a creature of habit.

Rob - this is a normal way of life for us.

Jennyta - I can think of several things that I would do to Murphy if I ever get my hands on him.

Valerie - I am looking forward to the break.

mrsnesbit - don't wish your life away!

Akelamalu - yes, I think that I am.

Fly - pleased to read that Mr Fly is feeling better.

My friend has just had one of her cataracts done and is to have the remaining one done in a few weeks.
She told me that the actual operation was painless and she didn't find it as harrowing as she had imagined. She was awake the whole time and the staff talked to her throughout.
Wonderful what can be done these days.
Maggie X

MM - thank you. Will show your comment to husband.

"Once his eyes have recovered he will need completely different glasses."

And hopefully see what a lovely wife he has to take such good care of him.

Oh dear. I had not thought about that aspect of things. I'll have to make more of an effort.

I was exhausted just reading this, but understand exactly what you mean. Take Care.

your life sounds a lot like mine. I work just the one day a week, but am covering a full week while a co-worker is on vacation, I don't know how I will manage......

Lucky you off to Brittany! Gorgeous part of the world and I love it.
Have a brilliant time.
You deserve that after all your busy-ness!

What a good reading I didn't know I had to get something interesting like this, thanks God because I was searching for information about the best pharmacy and I got your blog,...