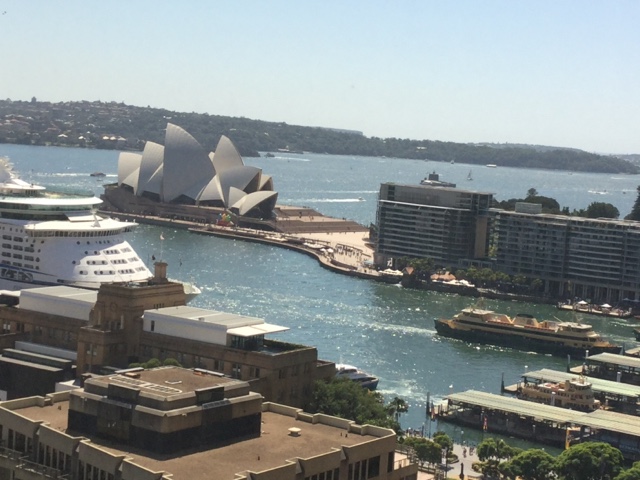 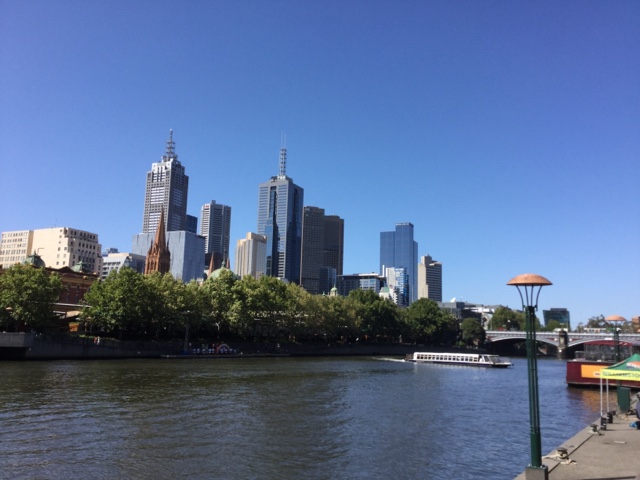 There was something very familiar about this view and also many other parts of the city. Some of you will remember the many postings and photographs of his home city of Melbourne, which David McMahon regularly published on his authorblog blog. Having read many of his postings I felt a sense of deja vu. We have now moved on to Christchurch in New Zealand where we are seeing husband's family.
Posted by cheshire wife at 08:28

How did you find your hotel? Gorgeous view...

Fly - we booked through Trailfinders and the hotel came from their brochure. As we only expect to visit Sydney once we decided that we might as well be hung for a lamb as a sheep and chose an hotel in the Rocks area close to the Opera House and the Harbour Bridge. What we ended up booking was their recommendation rather than our choice, which was probably better but also more expensive. All of the big hotels in that area have pretty much the same view depending on their exact location.