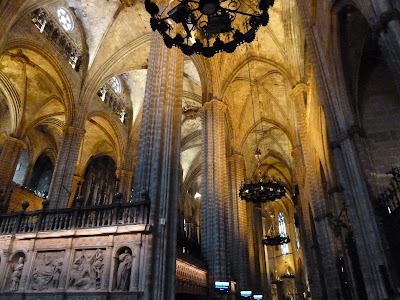 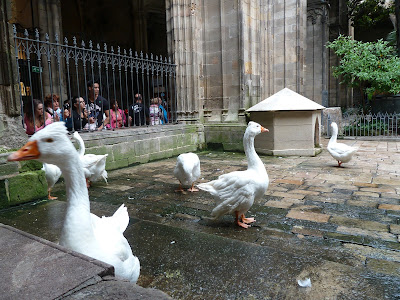 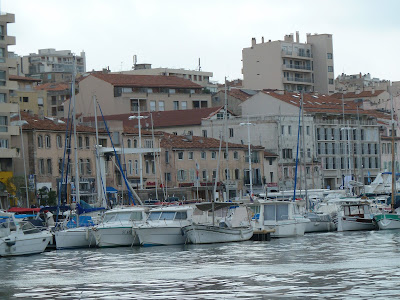 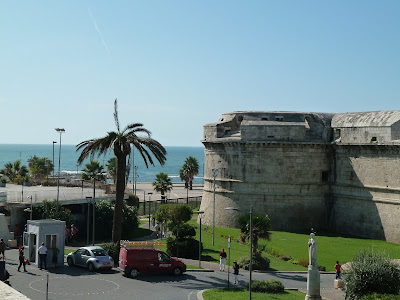 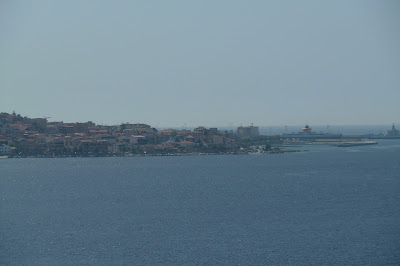 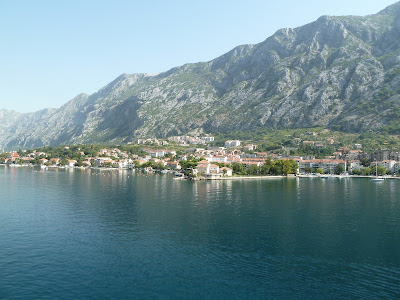 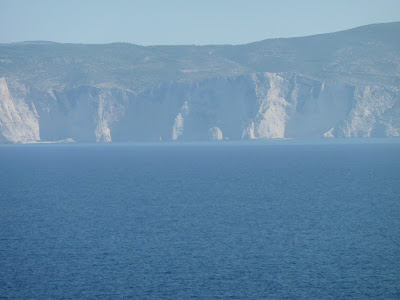 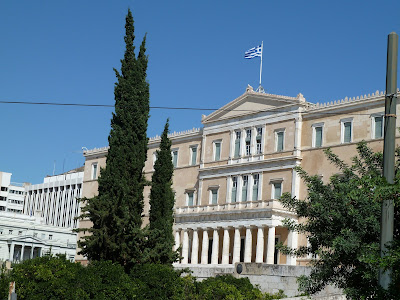 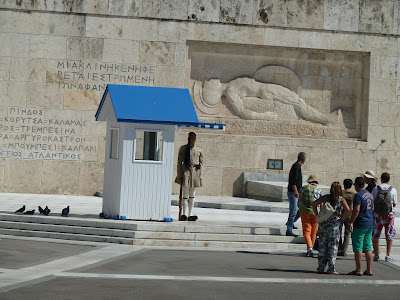 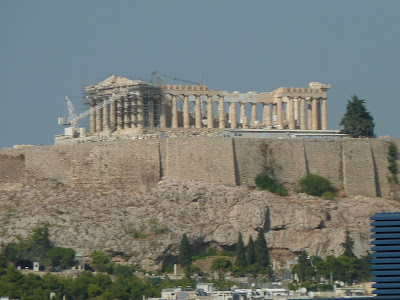 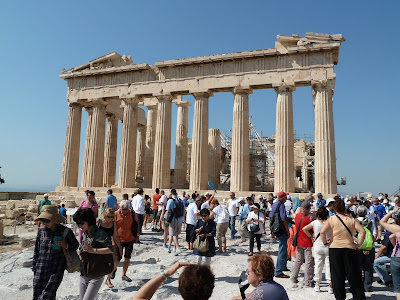 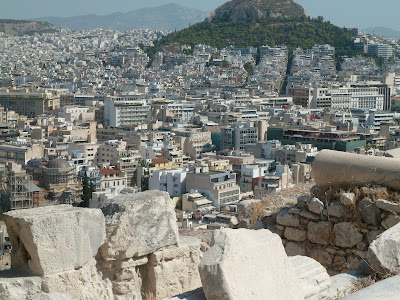 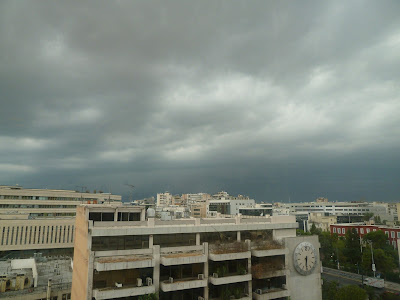 We had not driven far when the heavens opened and we were engulfed in a spectacular storm. Initially there was wind with thunder and lightening, both sheet and forked. Then there was torrential rain and hail stones. The road was awash with water. It was like been driven along a river. It was an experience! Unsurprisingly our flight back to Manchester was delayed. In fact nothing much seemed to be happening at the airport that morning. We heard that some flights had been diverted to other airports, to avoid the storm. Our plane had been held back at Manchester, in the hope that the storm would be over by the time it reached Greece, but as that was not the case, the air traffic controllers had had to divert the plane around the storms until it was safe to land. By the time that we took off, about one hour late, the storm was over and we had an uneventful flight back to Manchester.
Posted by cheshire wife at 20:15