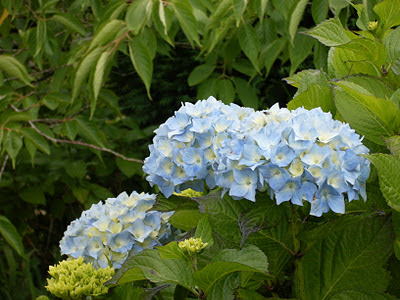 When my mother was found to have fluid on her lung, back in May, I knew then that if she had as many chest infections during this coming winter, as she had over the course of last winter, that she would not see Spring 2012. Last week she succumbed to her third chest infection of the winter. Sadly she died on Saturday December 10. I wasn't quite prepared for this turn of events and if I am honest I am a bit annoyed about the timing. Maybe I am just being selfish, but I would have liked to have quietly enjoyed my last few days at work without having one of life's inevitable dramas going on in the background. That's life. Anyway my mother has taken her final bow and I have now finished work. I suppose that anti-climax is the word that I am looking for.
Please do not be sad, as my mother's death was a blessing in disguise. Her tormented soul is now at peace and the torture that my brother and I have suffered since she had a mini stroke, in May 2006 ago, is over. In many ways my mother really died five and a half years ago. If 20 or 30 years ago my mother could have seen how she would become, she would have had a blue fit. The staff at the nursing home,where she was a resident, were brilliant with her and I would highly recommend it to anyone in this area who has a relative with dementia. They took a load off my mind and certainly made my life as stress free as it could be in the circumstances.
Husband and I returned to the nursing home on Sunday to collect Mum's belongings. We took with us a large suitcase and a bag, but I had underestimated quite how many clothes and bits and pieces she had, so husband returned home to collect another suitcase. While he was gone I had a chat to one of the young carers who had known my mother since she become a resident in the residential home, in April 2009. I was trying to explain to her how difficult it is to watch a parent go down hill in the way that my mother had done over the last few years. There was a bit of a bond between the two of them as they had the same birthday, albeit 70 years apart. Recently she had asked me what my mother had been like before the dementia took hold. Although I would be the first to comment that the person that my mother became after the mini stroke was not the mother that I had known, I found that I really had to think about my answer, as I had accepted her as she had become.
I do not think that my mother ever worked out that she was in a home but in a way she had the last laugh. She had a dislike of lifts and would always use a stair case if possible. Her room was on the second floor and I had always used to stairs to get up and down to it. As we had two large suitcases husband and I decided to come down in the lift. The home is in an old house. The lift is nearly as ancient. It was very very slow and then we realised that it had stopped and we in between floors! It was hot. We pressed all of the buttons and still the lift did not move. It became very hot. I was beginning to get a bit panicky. Then husband said we'll have to press the alarm button which we did. Luckily the nurse in charge had seen us getting into the lift so he knew who was in it. Next we heard a voice asking 'can you jump?' My first thought was 'were to?' We could not get out of the lift. Then the penny drop and I asked if he meant up and down. 'Yes' the voice said. So a couple of jumps and lift descended. That was an experience that I won't forget.
Posted by cheshire wife at 12:00

Could one ever be prepared for the death of a parent....even when they, through dementia, become different people to all effects and purposes.

Your irritation at the timing I can quite understand...the urgent dashes to hospital with husband going into a coma in the car always seemed to come when I had a full plate already!

And the lift must indeed have been a last word!

However much of a blessing it is that your mother is spared any more suffering, please remember that you will need time to grieve, even if at first you are not quite certain what you are grieving for.

I hope you will soon begin to enjoy your longed for retirement.

So sorry for the difficult time you are going through, CW. I agree with GaynorB that you will need to give yourself time to grieve, maybe for the person your mother was before her illness. Dementia is one of the biggest curses today and to watch someone in its grip is very hard.
Hope you will be able to have some rest and relaxation soon.

I was very sad to read this post, especially as my own Mum died just a few months ago. My thoughts are with you.

I'm very sorry to hear your sad news. Even if it is merciful (like in the case of my own mother) it is still a very difficult thing to bear and especially so close to Christmas.

I am also scared of lifts and avoid them at all costs.
Maggie X

I can empathise - with mum and the lift! Infact - lifts at Christmas remind me when we were visiting Father Christmas and the lift got stuck! I panic still.
((((HUGS))))
Dxxx

Dementia is a horrible disease and I know exactly what you mean about it taking away the person that was once there. I'm sorry for your loss it's always painful saying that final goodbuy. *hugs*

Your story about the lift did make me smile.

So sorry to hear of you mum's death. Truth be told, I don't think there is any good or convenient time for parents to die.

On the other hand, you last ride in the lift was "memorable."

I haven't been around for a while CW and actually looked in to wish you a happy Christmas. I am sorry to hear that your Mother passed away, though as you say, a blessing on many levels. It so often happens that a sad event brings about something to smile and even laugh about and the lift did that for you; your Mum probably did have the last laugh.

I do hope you have a peaceful Christmas and a very happy New Year. A x