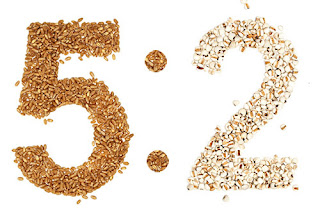 In case you we wondering, this isn't about a diet. We were away or five weeks and it has taken me two weeks to catch up with myself. I was going to say catch up with everything, but I don't think that  will ever happen. It is great to go away, but at home, I am constantly behind with everything, or that is how it seems. If or when I do feel that I have caught up, it is just in time to go away again. I am not complaining. There were years when we did not have the time or the money for much of a holiday, when we were renovating the cottage and had two elderly mothers to think about. I would rather stay at home than slum it somewhere cheap and cheerful. We have learnt from past mistakes. Like many retired couples we are now ticking destinations off our bucket list. I know that we have only just returned from a long trip away, but we have already had to think about trips booked for later in the year, which required us to book flights and accommodation, even as far ahead as next January. One hotel that I considered was already booked up for the date that we wanted. Not so long ago we pretty much left it until the last minute to book holidays. We were not so bothered about where we went. It was more a matter of finding somewhere suitable at an acceptable price. Often there would not be much choice. However, that may not have been a bad thing. It simply made the decision of where to go easier. Now we want destinations of our choice often at specific times. So, it is essential to plan and booked ahead.

I  do sometimes wonder if we shouldn't stay at home and get on top of  the garden, but we have been told to travel while we are fit and able to do so. On our travels we often meet like minded travellers, some of whom are much older than us and who are still enjoying galivanting around the world. Recently the husband of a friend has become terminally ill and been advised not to leave the country. Their globe trotting days are over. You never know what might be around the corner. So we shall continue with the travelling and the garden will have to wait.

Totally get this dilemma. I would heartily agree with you. Create memories! The garden can wait...xxxx