Too close to home

Strangely yesterday afternoon I was fretting about the lopsided haircut that the hairdresser had given me the previous day and bemoaning the fact that we had moved to Cheshire from Surrey, where my lovely little hairdresser never seemed to make such mistakes, when I saw the headline on the BBC news website that a man had been stabbed on a train in Surrey. Initially I did not think too much of it. It was Surrey and we no longer lived there. Then husband who is always voracious for news read the report and to our horror it appeared to have happened at what had been our local railway station and what is more the victim had died. 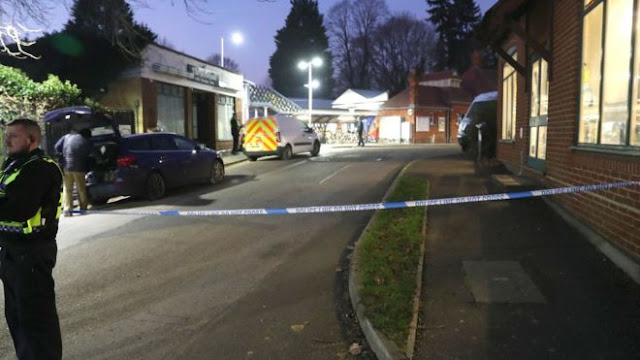 We lived in the attractive village of East Horsley, which is situated between Guildford and Leatherhead. It is affluent, leafy Surrey with nice houses, many of them large. Residents in general are professionals, who commute up to London from Horsley by train, as did my husband for several years.

The incident happened between Guildford and Clandon, which is the stop before Horsley, where the culprit got off the train and legged it, meaning that a very dangerous individual was at large in the area. The police have now arrested someone and hopefully it is the culprit.

Thankfully last night, 200 miles away, we slept soundly. I wonder how many in that area of Surrey were so fortunate.

We moved to Surrey when I was seven and i know the area well...I was horrified to think of this incident and that this criminal is on the loose.
Doesn't it all seem so much more vivid when you know the area where it happened.

I know East Horsley and it is a lovely area. It must be most alarming for local people.