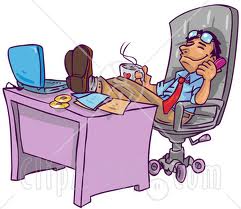 The bank that he is working for have now decided that they need extra staff in the department that he is working in and have taken on twice as many staff as they have desks for. The IT department have said that there is no point trying to fit more desks in as they cannot have anymore computers, in the department, than they currently have. Hot desking is the solution. That is desk sharing to the uninitiated. So a timetable has been worked out whereby each member of the department works part of the week in the office and part of the week at home. Husband's office days are Monday, Tuesday and Wednesday which means that he is now working at home on Thursday in addition to Friday. This extra day at home is going to take some getting used to on my part. The new routine started this week and today was the first Thursday at home for husband. My plans for today were made some time ago. Fortunately they fitted in with husband's, but I can see that some weeks things may not be so easy.
Posted by cheshire wife at 21:50

Good grief! The man's going to get under foot, and he's not even retired.

You have my profound condolences (if they're appropriate). I can see how his presence could be an intrusion into your routine. You get into a habit, a cycle of doing things, and — poof — it's all changed around. Even the physical presence of another person in the house changes the "sense of place." It reduces one's freedom in a (perhaps) subconscious way. But something about the house feels different. (Maybe I'm not expressing this well, but I think you know what I mean.)

Its amazing how we get used to our routines and how we really need them.
The one thing I miss since my husband retired, is time to myself.
I like the space to be able to do things without someone saying *Where have you been/are you going* And following you wherever you go!
Maggie X

A bit of an upheaval certainly, but hopefully it will all bed down in time.

I was just joking with a friend the other day about retirement and how it was the worst thing my Dad ever did, according to my Mum! Her life was never the same again, as he was always asking her what she was doing, where she was going etc. She warned me to ensure my own hubby didn't retire until he could no longer speak and walk!!

When a young man on the Stock Exchange, Mr. Fly remembers elderly gentlemen almost clinging to the furniture in an attempt not to retire...they were dreading being under their wives' feet at home, interfering with her coffee mornings and whatnot!
I've had him under my feet for years, as he is ill and it can be infuriating sometimes not to have peace and quiet...the innocent request for a cup of tea can come at just the wrong moment...

Having been retired for 6 years MWM was worried I would upset his routine when I retired. I haven't, we work round each other. You'll soon do the same I'm sure. ;)

Miss Sadie - I know exactly what you mean.

MM - that's what worries me.

Diney - husband says that he is not going to retire but isn't working from home just one step away from retirement?

After working alongside with DH for 8 years I started working from home 5 years ago to help take care of my granddaughter as well as work. I have never gone back and love my own space 5 days a week. I hope you and your DH can work out a routine:) Look on the bright side he could be working full time from home! Hope you have a lovely weekend. Linda xx

My husband has to be away from home from time to time too CW and I also enjoy my own company. He is off again next week, for a week, but our eldest grandaughter (14) is coming to stay during the middle of that week and I have to confess to having mixed feelings about it! A x

It is interesting to read a different viewpoint my husband and I have a 24/7 lifestyle together and have done for many years. We do things as individuals but it has never concerned us being around each other all the time, love it!

Manchester Lass - what an awful thought!

SJA - I can understand your concern.

LLM - I think that it depends what yo are doing.

Its not easy is it! At the moment both Chris and I are working away...sometimes at the same time and sometimes not. I hate being away from home...staying with someone else (even if it is my best mate) is always a bit stressful. *sigh* roll on September!

You and your hubby will settle into a new routine before you know it...a few weeks from now and you will have forgotten what it was like when you had the day to yourself (either that or you can just ignore the fact that he's there and do what you were going to do anyway!)

Carol - it will take some time. The biggest problem is remembering to feed him.

mrsnesbitt - you can have three knocks on the patio, but I am not sure that all is well.

Just wanted to thank you, not just because the nice post, but pretty much more because my grandfather is nearly recovering from his surgery and he has almost nothing to do but staying on bed all day, his best source of entertainment has been this blog and cialis online, I feel this is something good for him and his recovery.