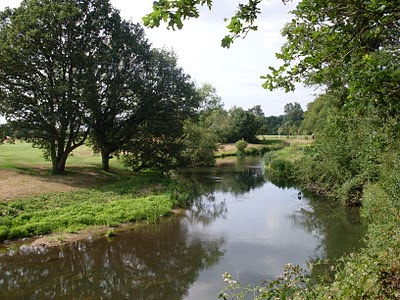 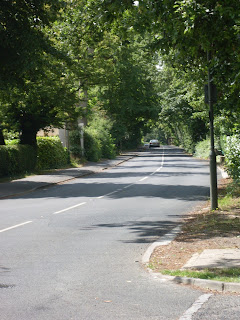 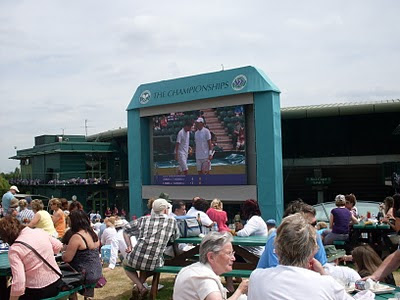 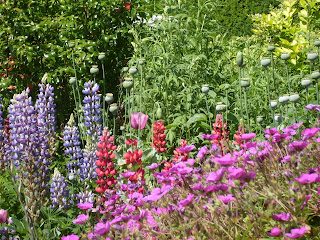 The following day we treated ourselves to another visit to Christopher Lloyd's garden at Great Dixter, on the Sussex/Kent border. Our previous visit had been in May 2009 and we were both interested to see it in high summer. Sadly we were disappointed. Some areas were overgrown and untidy and there was no shortage of weeds. It is still impressive but I think that a garden, which the public pay for the privilege of seeing, should be better maintained. Maybe the grass is not always as green as we  remember it to be. That night was spent in a hotel in Sussex. No fan provided but we were able to open the windows as wide as we wanted and we didn't fall out!
Posted by cheshire wife at 08:00

I can't believe how long its been since I last stopped by and for that I do apologize! I am an inconsiderate beast for ignoring you for this length of time! To be fair I've been a bad pal to a lot of my dear friends here, so it's a big apology to all!!! I am so glad that you got to go to the matches! When we lived in Beaconsfield I tried for four years running and as husband's uncle was with ABC at the time (a TV network here in the states) you'd have thought I'd have an in, but NOOOOO. I watch Wimbledon here as I did there, my tv tray with sundry snacks and drinks and a ready scowl for anyone who thought they might be interrupting my days at the matches to suit their needs! I agree with you wholeheartedly about public gardens allowed to go to seed! It is crying shame and heads should roll!!! So good to visit with you again, sorry about rambling on...
hugs
Sandi

Thank you for the visit. I am also guilty of not doing much visiting recently. Pleased to know that I am not the only Wimbledon fan.

Sounds idyllic. A nice break from your routine. Love the photos.

What a shame about Great Dixter! I've always remembered it as so well kept...but it lacks the master's eye now.

Rob - It is nice to remember it as idyllic even if is wasn't quite.

fly - You are right.

As a born and bred Surrey couple until 2004, not that far from Cobham either, this post was a trip down memory lane for us. Had not heard about the train accident until reading this, nasty.

I've never been to Wimbledon.
What a pity about the Gardens deteriorating like that. Nothing stays the same.
Maggie X

MM - Sometimes it is better to remember things as they were.

I've often fancied a trip to Wimbledon but have always concluded I'd probably get a better view on TV...

I'd love to go to Wimbledon, I always watch it on the TV. There's a local coach company that were offering a two day trip with Wimbledon tickets included but it seemed a long way to go for just an overnight stay. I think I may apply for tickets and book two or three nights away if I'm lucky enough to get them. :)

CG - You do see it better on TV but you don't get the atmosphere.

What a lovely trip to have made:) Linda xx

Great to read about your trip CW and a lovely reminder of summer as we head towards winter.

I used to watch Wimbledon all the time.....

I think you appreciate something more when it's not right there in your back yard........

Spent two days at Kempton last year at a juke box fair. Visited Esher. could not believe how the other half live. Not for me and I bet I'm happier!

Awww, I wish I had known, I could have looked for you in the crowd! That is so cool that you got to be there :-)

imbeingheldhostage - I don't think that the matches we saw were televised.

Investigative Bear notes that you have been absent for about a month.

Rob - Thank you for your concern. I am fine, just busy working.