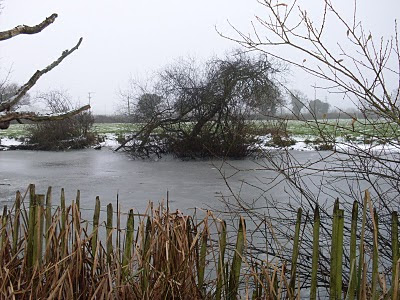 Apologies to my overseas readers. This post is about a UK radio station.
Posted by cheshire wife at 18:42

I had to interpret a bit, your radio show and all allusion to the same. Interesting and peculiar how we keep track of time by listening to the radio.

We're all different. I used to like listening to TW and the humour when driving to the office. I admire the way JW coped with his illness, JV is okay at what he does, but KB really irks. Nevertheless I stick with Radio 2. Yes, we're definitely all different.

lakeviewer - thank you for your comment. I have made some changes to the post which I hope will make it more understandable to overseas readers.

Valerie - it is a good job that we are all different.

I used to listen to Radio 2 when Ray Moore did the early slot and Terry took over from him, with a few moments of banter between them. I loved Ray Moore's voice - ironic as he died of throat cancer.
These days, I'm a dedicated Radio 4 fan with occasional forays into 2 and 3.

I stick with classic fm...best of a bad bunch.

I LOVE Jonnie Walker - he is my favourite DJ - knowledgable and witty - he plays the best music - have talked to him a few times!

Lindsay - I am glad that somebody agrees with me.

I'm normally a Radio 4 listener, but travelling over Christmas we have had Radio 2 on in the car and I must admit I've sung along and enjoyed the music. A combination of both from now on I think.

I love the radio and would choose it over TV if I had to.
Happy New Year.

My favourites are BBC 4 and 3, with Digital Radio 7 adding large chunks of nostalgia while I potter around the kitchen during the morning. I do occasionally listen to some very strangly named stations, via the TV, thanks to Freeview,though it's more by luck than judgement, to come across something that I can enjoy for long. BBC 2 was never on my favourites list, but Eurovision was a must all the time Terry Wogan was in charge.

Isn't it funny how the image of radio stations can change. When I was young Radio Two was the old fogey channel and now, like you, I really enjoy it. I'm looking forward to Chris Evans show - I know he is not everyone's cup of tea but I used to listen to him on Virgin about 12 years ago and I found him ever so funny and natural

I'm afraid I turn Radio 2 off when I find my husband's car tuned to it. Some of the presenters sound like old men chewing on their pipes! I'm glad I've found someone else who isn't keen on Terry Wogan - quite liked him on the Eurovision Song Contest but that was about all - and I can't stand him on the Red-Nose-type programmes.

I've never really been a fan of Terry's but I do like Chris Evans.

All too modern for me. I miss Charlie Chester!

I love the radio too CW - not only the Radio 2 presenters but Radio 4 with comedy programmes, Desert Island Discs and, of course, The Archers! A x

Oh dear! makes me feel an old fogey! If I listen, its Classic FM, or maybe Radio Three if I can understand the music there!

But Radio 4 is hard to beat most times!

I seem to tune in only to Through the Night....
Just stopping by to wish you and yours a Happy New Year !
May it be filled with much happiness, peace, and contentment.
I've so enjoyed our visits back and forth this past year, and look forward to more of the same in 2010.
Cheers,
Jo
x

how old is Terry Wogan now?

FF - I resisted listening to Radio 2 for a long time because of what I perceived as it's old fogey image.

Akelamalu - I am not sure about Chris Evans. We shall have to wait and see.

Thank you everybody for your comments. I am wondering just who used to listen to Terry Wogan.

Isn't it funny how we all like different radio shows? I loved Terry in the morning. It took me about a fortnight of listening before I 'got' it, but then he made me chuckle every day on the way to work for years. I shall miss him dearly.

Now, Johnnie Walker I find deeply depressing! I used to turn off Radio 2 when it came to his Drivetime show (I was delighted when they replaced him with Chris Evans who made the drive home from work much more enjoyable) and I can't stand his Sunday afternoon show (switch off time again!)

I must admit that I love Chris Evan's infectious enthusiasm and have really enjoyed his Drivetime show and will enjoy his breakfast show, but Simon Mayo taking over from him on Drivetime....... no, no, no, no!

Wouldn't do to all be the same, would it?